Journey to a Miracle Freedom from Insulin features touching vignettes and in-depth stories of families from around the world. All shared the devastating diagnosis of what doctors at the time only knew to call type 1 diabetes. Thanks to committed scientists collaborating for decades, all now share a new diagnosis — monogenic diabetes — and with it, a life-changing new treatment. A discovery that they call a miracle.

They were as young as a few weeks and as old as 65 years when these families embraced their miracles and transitioned from insulin injections to pills.

Journey to a Miracle will especially focus on the heartwarming stories of three families. 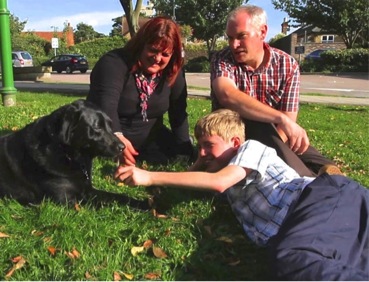 The Neighbours-Matthews family, pictured left to right, Emma, Paul and Jack in front

Jack is from Essex, England. He has a form of monogenic diabetes that also causes developmental delays and cognitive challenges. His parents were thrilled when he was able to go off insulin. But, in the weeks following his transition to pills, his mother Emma witnessed a second and unexpected miracle. The new treatment that helped Jack’s body produce insulin also fueled a stunning developmental breakthrough.

“I know Jack is going to be a happy, healthy young man, which is something that we couldn’t have dreamed of when he was on insulin. He’s got his difficulties; he’s got his challenges but for him, being off insulin means he will be able to have some kind of independence and a life we never thought that he would have. Our lives are completely changed and I just want to say thank you to everybody that was involved in this from the bottom of my heart because you cannot express what a miracle it is. And it is a miracle. There’s no other word for it. It is a miracle.” 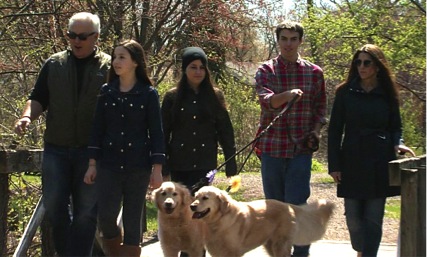 The Jaffe family – Chicago, US

Insulin was Lilly Jaffe’s lifeline from the time she was a one-month-old baby. She was diagnosed with diabetes during a routine visit to her pediatrician. Lilly made medical history and headlines in the US when she disconnected her insulin pump for the last time on August 23, 2006, the week before she started first grade. The news of her story began on the front page of the Chicago Tribune and spread throughout the world leading many others to seek a different diagnosis. Her parents have been strong advocates for raising public awareness about monogenic diabetes. Laurie and Mike are executive producers of Journey to a Miracle. (Read more about them in the Producers’ section.) 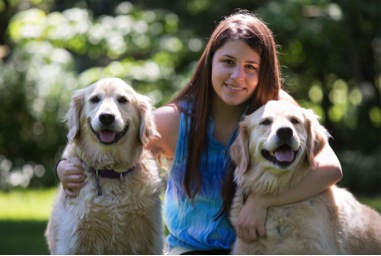 “I’ve always been a person of strong faith, and have always felt that God had a plan for my life, but to think about God having a plan for my children’s life, for my family’s life, for my daughter’s life, who has a chronic disease, that was a little more difficult to kind of wrap my head around, but I saw through this experience with Lilly, from her diagnosis, which was devastating, until the day that we saw her unplug her insulin pump for the last time, that God does indeed have a plan.” (Scene 1) 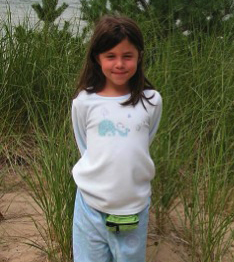 “I think really a very clear example of how patients have made  a difference is Lilly Jaffe. Suddenly her story spread and a personal story had far more impact than anything that could be done in the conferences or lectures and I think to see how things have spread and how rapidly America has moved to the very forefront of research in neonatal diabetes and properly treating these patients is an outstanding example of why patients matter.” (Scene 33) 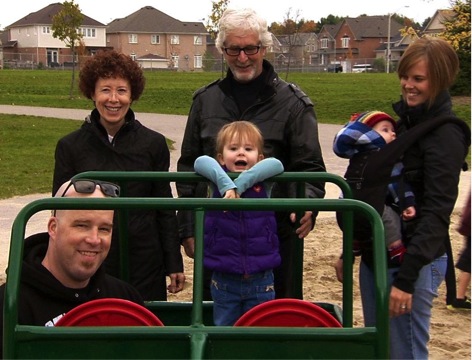 The Moynihan family pictured back row left to right, Ann, Tom, Stephanie and baby Jameson, Scott in front and McKaela in center

This three-generation Canadian family shares a heredity link to monogenic diabetes. Four-year-old McKaela and her father Scott were both diagnosed with type 1 diabetes as babies. Grandfather Tom was also diagnosed with type 1, but as a 21-year-old young man. Incredibly, all three were found to have monogenic diabetes and were able to transition from insulin to oral medication.

Had it not been for their “angel,” baby McKaela, doctors would never have thought to consider genetic testing and a different diagnosis for her father and grandfather.

“When I found out I could transition off insulin, I almost kind of didn’t even believe it.  It was like yeah—It just seemed crazy to me, you know.  I mean it was all I’d known.  I’ve never known anything else other than being a type I diabetic.  I mean its defined parts of my life, so the whole idea of not being on insulin was just very foreign to me.  I was excited though.” (Scene 42)

“To have this gift handed to you at 65 years old is just absolutely phenomenal and to be able to, you know, look at life so differently going forward, and knowing that you know, you aren’t going to run into the side effects of diabetes, which is really the big worry for every diabetic.  Obviously for Scott and McKaela, well, I mean they’ve been given a clean slate for their life, and wow, that’s pretty important.” (Scene 43)