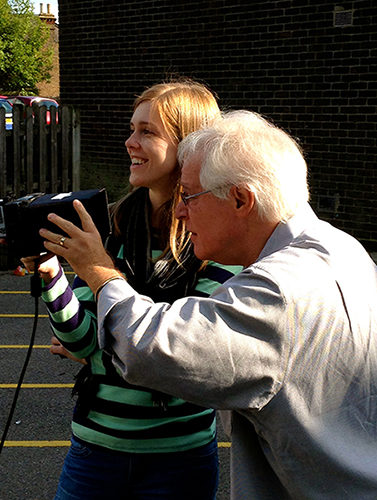 is president and owner of TMK Productions. He has been producing powerful and moving documentaries for public television since 1991. Kay is the recipient of two Emmy Awards for the internationally acclaimed documentary Choosing One’s Way: Resistance in Auschwitz, hosted by Academy Award Winner Ellen Burstyn. Many of his documentaries have focused on major healthcare issues, including Alzheimer’s, attention deficit disorder, congenital heart disease, autism and mental health.

joined TMK Productions three years ago as editor. She is a graduate of Grand Valley State University with a degree in film and video production. Larissa previously worked with WGVU, a PBS affiliate in Grand Rapids, Michigan where she was producer, director and editor for a variety of news and entertainment programs. 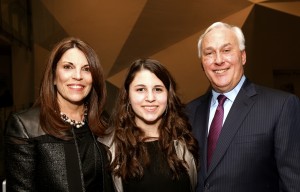 Laurie and Mike Jaffe of north suburban Chicago are the driving force behind Journey to a Miracle. They were inspired to produce the film after their daughter Lilly, who was diagnosed with diabetes as a baby, was able to disconnect her insulin pump for good after doctors discovered that she did not actually have type 1. In June 2006, Mike attended a JDRF meeting where Dr. Louis Philipson of the University of Chicago Kovler Diabetes Center spoke of an upcoming study in the New England Journal of Medicine involving children diagnosed with diabetes as babies. Dr. Philipson explained that most of the children did not actually have type 1 diabetes, but rather a newly understood genetic form that is best treated with oral medication, not insulin shots. The rest is history. The Jaffes made a forever friend in Dr. Philipson who became Lilly’s doctor and helped her transition from insulin to oral medication at the University of Chicago.

Moved by their family’s miracle and the potential of reaching thousands more, the Jaffes feel passionate about helping to raise global awareness of monogenic diabetes. They initiated monogenicdiabetes.org, an authoritative website now administered by the Kovler Diabetes Center. Laurie also began and moderated an on-line discussion/support group for parents whose children were also able to switch their treatment from insulin shots to oral medication. The close-knit group grew as parents contacted Laurie after hearing about their family’s story. The group eventually met in person in 2010 and 2013 at “Celebrating the Miracles” conferences hosted by the Kovler Diabetes Center to bring scientists and families together.

Laurie is a founding Leadership Board member of the University of Chicago Kovler Diabetes Center. Her professional background is in communications, strategic planning and public affairs for national non-profit organizations. She is a graduate of Asbury College and Wheaton College Graduate School.

Mike is president of the Jaffe Companies, a Chicago-based commercial real estate development firm. He is the developer/owner of the Arboretum of South Barrington. Mike served for six years on the executive committee of JDRF Illinois and is now a sustaining member. He is a graduate of the University of Illinois and is also a graduate of Loyola Law School.