As many as a half million Americans with diabetes are taking insulin and don’t need to. What these patients and their doctors don’t know is that they actually have the wrong diagnosis.

For decades, scientists throughout the world have worked diligently to find a cure and discover critical pieces to a complex diabetes puzzle. In recent years, scientists confirmed what they had long suspected: there are genetic forms of diabetes — different than either type 1 or type 2. These newly understood forms are called “monogenic diabetes” and the best way to treat many of them is not with insulin.

With the right diagnosis – using genetic testing – many people can radically change their diabetes treatment. Rather than insulin shots, they can be successfully treated with an inexpensive and commonly used diabetes drug, a sulfonylurea. It allows the body to make and secrete its own insulin.

According to the Centers for Disease Control, more than 25 million Americans (347 million worldwide) suffer with various forms of diabetes. It is a chronic disease in which the body cannot control blood sugars resulting in serious, and sometimes deadly, health consequences including blindness, heart disease, amputation, and kidney disease.

Up to 95 percent of people with monogenic diabetes are misdiagnosed. This is because neither they nor their medical providers are even aware of the possibility of another diagnosis and treatment. Producers of Journey to a Miracle: Freedom from Insulin hope to raise awareness and encourage both doctors and patients to consider exploring an alternative diagnosis.

“We’ve done studies throughout the world and they’ve all suggested that only between five and ten percent of patients with monogenic diabetes are correctly diagnosed and that really matters because they’re on the wrong treatment and if we can find them and diagnose them, then we can get them on the right treatment which would be better for them and better for everyone.”(Scene 26) 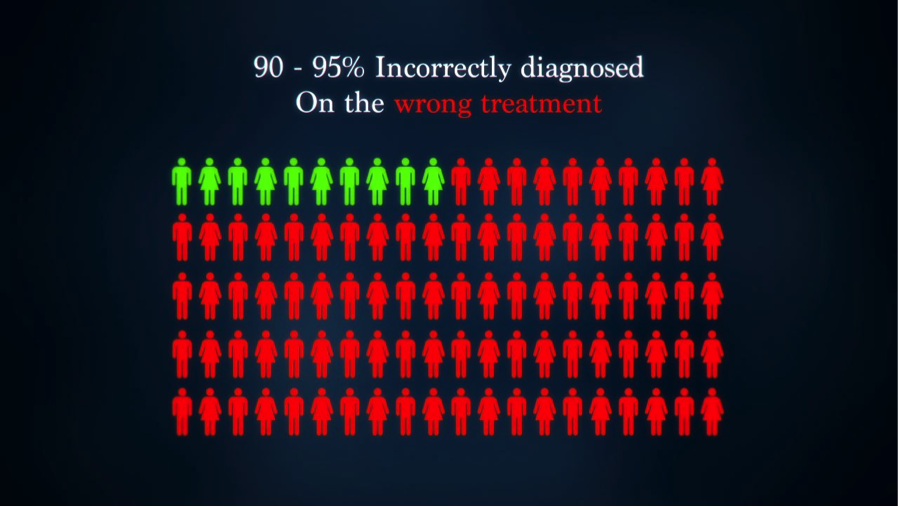 Most people with monogenic diabetes are on the wrong treatment.

Journey to a Miracle: Freedom from Insulin tells of a breathtaking cure for diabetes and the lives that were changed forever. It is an inspiring, international journey with important Chicago connections.

Journey to a Miracle is a rich story about scientific perseverance that has taken decades to write. Through painstaking research, collaboration and heart, an international team of scientists assembled pieces and eventually solved an intricate diabetes puzzle. This work resulted in a monumental breakthrough for many with genetic forms of diabetes. The bold journey made medical history to be sure, but more importantly it created a life-changing miracle for those who have been able to break free from insulin dependence.

This medical breakthrough has deeply affected everyone whose lives it has touched. The film weaves together the lives and stories of scientists and grateful families who hoped and prayed for a diabetes cure, but never in their wildest dreams imagined it would come in the form of a simple pill. Families shared the devastating diagnosis of what doctors only knew to call type 1 diabetes. But thanks to the painstaking work of brilliant researchers, they now share a new diagnosis and with it a switch in treatment from insulin injections to taking a pill. It is a heartwarming story that blends science with humanity in a way that is not often seen. And it is a journey everyone is calling “a miracle.”

Facts about the making of Journey to a Miracle

More than 25 million Americans – 347 million worldwide – suffer with diabetes. Between 2 and 3 percent have not been correctly diagnosed and actually have a genetic form called monogenic diabetes.

These newly understood genetic forms are different than types 1 and 2 and affect up to 500,000 Americans and 7,000,000 worldwide. Most of these patients and their physicians are unaware of the historic breakthrough in monogenic diabetes that could lead to a different diagnosis and a life-changing new treatment.

With genetic testing and the correct diagnosis, those with monogenic diabetes may be able to radically change their diabetes treatment from insulin shots to oral medication.